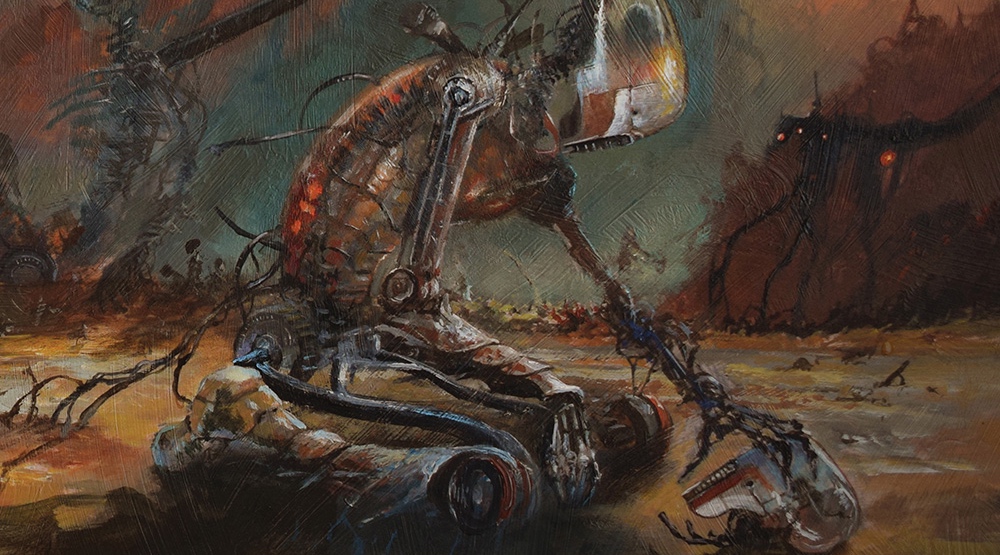 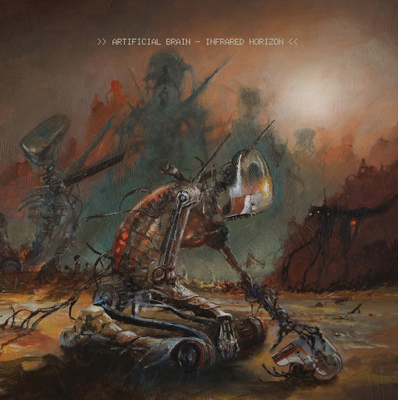 This New York Sci-Fi Death Metal band’s debut album really blew me out of my socks back in 2014. I had listened to their two demo EPs quite extensively, but ‘Labyrinth Constellation’ was a significant step up from those. It was technically proficient, full of outside of the box melodies, yet kind of accessible for what it was. But the desperate vibe that was oozing out of every melody was what set the band far apart from other Tech Death acts.

Now, 3 years later, they are back with a new album and from the first few chords, Artificial Brain throw you right back into where ‘Labyrinth Constellation’ left off. The dissonant melodies still have a somewhat melancholic feel to them, which creates a very particular, desperate and dramatic atmosphere. Only a few bands are capable of pulling this off – Deahtspell Omega, for example.

But while Artificial Brain’s approach to Death Metal is somewhat comparable to what the mysterious French Black Metal band applies to Black Metal, they don’t sound very alike. Artificial Brain have their own unique sense for outside of the box melodies and are really able to leave a mark in the scene.

What’s missing from ‘Infrared Horizon’ is the accessible nature of some of the debut’s material, which actually even had some legit “hits”. But somehow, the absence of those is not really a disadvantage – quite the contrary! The more dense arrangements of ‘Infrared Horizon’ simply make you dig into the album even deeper. Most importantly, the desperate atmosphere is still there, and that’s really what draws you into Artificial Brain’s music to begin with.

The voice still provides a pretty bold contrast to the intricate music, but I can’t help but think of cyborgs when I hear these super guttural vocals. So while they probably wouldn’t be up my alley as much in a different context, the Sci-Fi art and themes just kinda make them blend in just fine.

Speaking of which, I gotta say that the album art is remarkable yet again. The debut’s cover art was stunning already and really tied the music and themes together – and the same goes for ‘Infrared Horizon’. The cover especially evokes memories of Asimov’s writings. If you’re younger, you’re probably thinking ‘I, Robot’, haha…

Artificial Brain have crafted another killer album and while it’s a little less accessible, I feel like it’s extremely rewarding to dig into it. ‘Infrared Horizon’ is impressive in many ways: The musicianship is stunning, the atmosphere very intense and the art beautiful. The whole package makes sense, just like it did with ‘Labyrinth Constellation’. I’m convinced that Artificial Brain are easily one of the best bands Death Metal has to offer nowadays!

Next post Impetuous Ritual - Blight Upon the Martyred Sentience