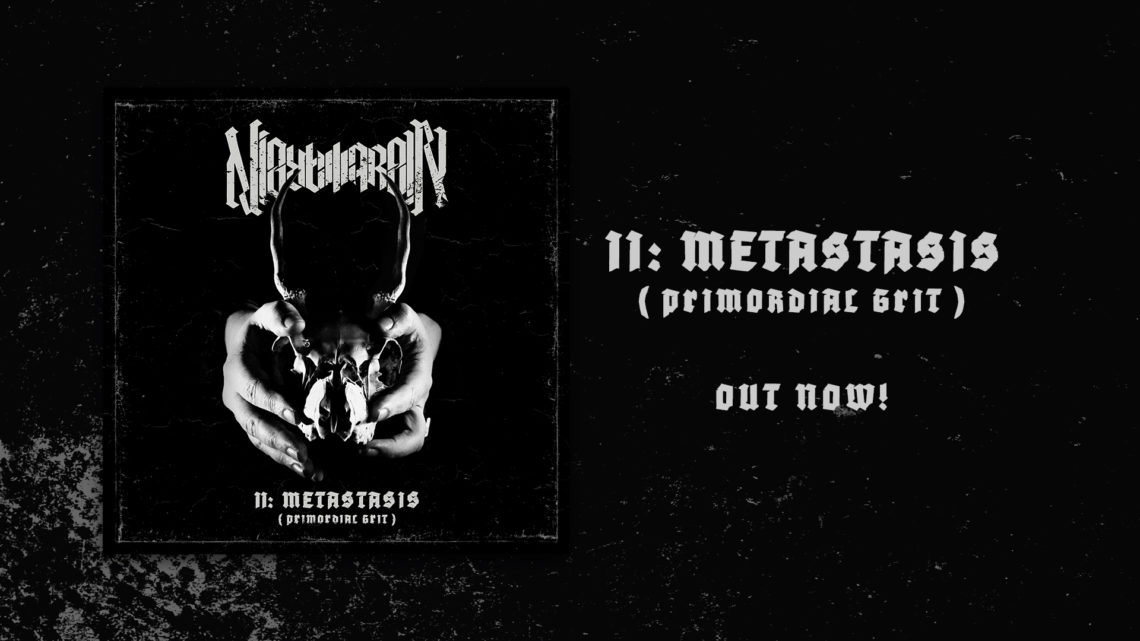 This is the first Nightmarer song that features new second guitarist Keith Merrow, who joined the band last year. ‘Primordial Grit’ was written and recorded in a single day at his studio in Portland, OR in late 2019.

The song title may suggest it, but ‘II: Metastasis (Primordial Grit)’ is the middle part of a trilogy. A re-recorded version of it is going to be featured on the band’s upcoming full length, scheduled for a later 2020 release.

The band is offering a limited long sleeve shirt pre-order that’s exclusive to the release and comes with a free download of the ‘Primordial Grit’ single. Once pre-orders are closed, the exact amount of orders will be printed one time only and then discontinued immediately. Get yours here:

All other merch is heavily discounted for a limited time.