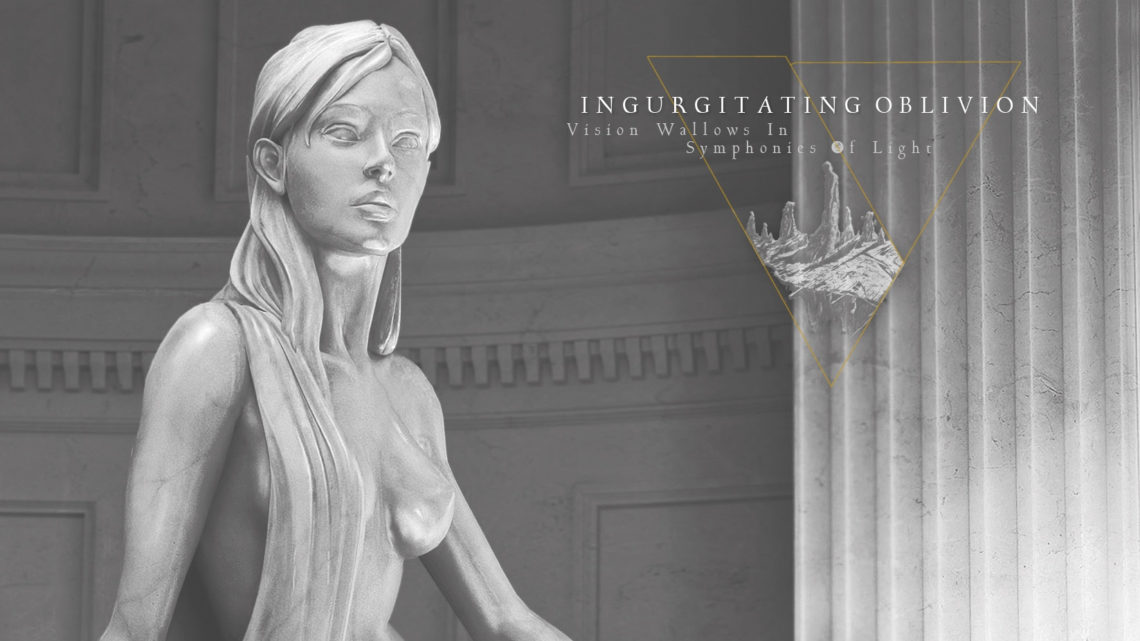 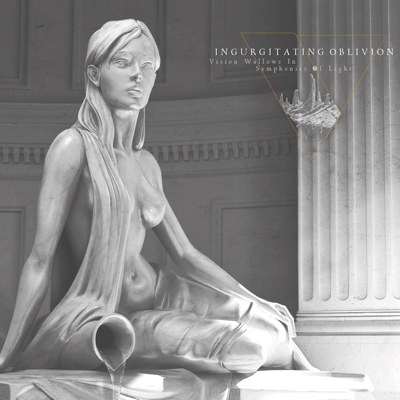 I’ve followed this band for a while now, because good, outside of the box extreme Metal is not something Germany is particularly known for. But Ingurgitating Oblivion always came across as a band with a lot of potential and it seems like they have finally unlocked this potential for their new full length release ‘Vision Wallows in Symphonies of Light’… but they are not making it all too easy for you.

The opening track ‘Amid the Offal, Abide With Me’ has the most straight forward and classic Death Metal approach you will find on the entire album. The overall direction of the song reminds me of their previous album, but there are hints of more depth and experimentation embedded in the technical Death Metal onslaught it delivers, especially towards the end.

But the next track already has Ingurgitating Oblivion unleash all of their experimental might in a 23 minute behemoth of a song. Starting out with samples, the song heads into the first 5 minutes with what almost seems like a somewhat psychedelic, yet gloomy jam session, that expands well beyond Death Metal instrumentation and composition. Once the song takes on a more extreme direction, ‘A Mote Constitutes What to Me is Not All, and Eternally All, is Nothing’ boasts with dissonant, yet melodic guitar work and extremely versatile drumming, courtesy of fellow Berliner Lille Gruber of Defeated Sanity. The song comes full circle and ends with a part very similar to the first few minutes, before collapsing into dark soundscapes which serve as a nice relief after these 20 minutes of relentless stimulation.

The title track starts out heavy and remains a little more on the extreme side, with only a short experimental “jam” bit. As the song progresses, it delivers an almost genuine chorus, which really surprises me. Obviously that doesn’t mean that it’s very catchy, but there are hints of epic melodies embedded in the wall of sound it is made up of. The song ends with a piano outro. Again, don’t expect something cheesy or catchy here.

The fourth and final track is entitled ‘A Devourer of Fitting Shades Who Dwells in Rays Of Light’ and is, with “only” about seven and a half minutes, the shortest song of the album. This may lead you to believe that it’s more of a banger than a particularly experimental piece, but the opposite is actually the case. Only the final two minutes are heavy, whereas the first five are, yet again, dominated by the psychedelic and dissonant jam-elements we can find scattered throughout the album.

After over 50 minutes of such dense, excessive and experimental extreme Metal, you might think you’d end up being pretty exhausted and in need of a break. Well, I don’t know about you, but the album actually makes me wanna hit the repeat button rather than take a break. Despite its intricate nature and extremely long songs (something I’m not usually a fan of), ‘Vision Wallows in Symphonies of Light’ manages to keep me focussed throughout. The balance of extreme vs. experimental is pretty much on point… and while the more experimental elements on the latest Gorguts release actually almost bored me to a certain degree, they really tie Ingurgitating Oblivion’s newest release together. Speaking of Gorguts, I definitely recommend this album to all Gorguts fans out there. The approach is rather similar, even if the result sounds different and unique enough. Either way, don’t sleep on this album!

Next post Nidingr - The High Heat Licks Against Heaven