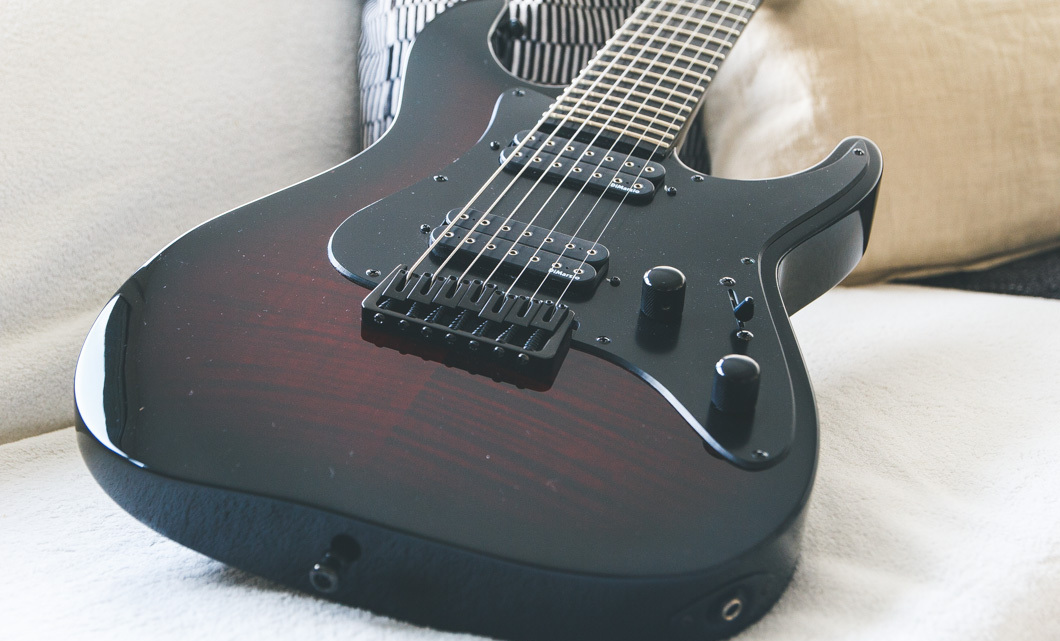 Update: I added a playthrough-video above the Gallery. Tune in if you want to see the LTD AW-7 “in action”.

The guitar-market (or, well … the exhibitions at least) in 2012 was hit with several ERG’s. It seemed like someone in every manufacturer’s marketing-division suddenly realized, that the market for ERGs had been growing for a few years already and suddenly, they all decided to throw as many guitars at us customers as possible.

Especially ESP/Ltd put out a few interesting 7-string signature-models – three of them for the band Whitechapel alone. Yep, three, as the band, somewhere along its career, went full-on “Iron Maiden” and actually hired three guitarists. Count the added (unfortunately non-ERG) bass-guitar in and you have four signature-models for one band – not even Metallica had that many sigs put out by ESP in only one season!

Well, I knew Alex Wade, whose guitar I’m discussing today, from sevenstring.org way before I got into his band. But I always knew, that this dude has extremely good taste when it comes to his guitars. Just look at his ESP Custom Tele – extremely droolworthy, right? So as his beautiful and classic looking M-style signature, the LTD AW-7 was revealed, I knew that I had to try one sooner or later. It took me about a year after it was available to the public market to finally get one for a good price. Was it worth it? Read on!

I played a few LTDs before and I always knew what I’d get, when opening up that new box. The AW-7 is no different. LTDs are cheaper ESPs – there’s no need to phrase it differently. LTDs are solid instruments that look awesome, period (well, most of them at least).

Of course it comes with a dyed ebony-fretboard, but you just don’t get that consistently black ebony anymore (and that’s a good thing if you ask me – for any further info, watch this really interesting video about „the state of ebony“ by Bob Taylor of Taylor Guitars). But that’s fine, believe me. You only want the feel and the sound of that beloved, dense fretboard-wood. Who cares, if the pure-black isn’t real? You can appreciate that fake-black in all it’s glory without any distraction by the way, because Alex Wade decided to go without any inlays – good choice, my man!

The bookmatched flamed-maple on top of a mahogany-body – I don’t want to know how many pieces it consists of – is probably a really thin laminate. But again, who cares? It’s finished with one of my favourite bursts of all time – black on the outer side, really dark-red on the inside. The color only shines throught in direct light, in darker areas it looks like pure black. Really beautiful and classy! No one can see the (maybe numerous) laminated blocks of exotic wood that were needed to build your new guitar.

On top of the body sits a matte-black pickguard in which the black DiMarzio D-Activators blend in perfectly. So, all in all the AW-7 is just simplistic beauty.

Are you reading that and thinking that it’s just a „payed review“ (it’s not), where the reviewer magically didn’t find any flaws about the guitar? Nope … I did find flaws.   I really hate that bridge! I can’t imagine that a newly-designed „hipshot-style“-bridge for this guitar would cost ESP less money than a „real“ hipshot. On pictures it looks similar, but in person it’s just cheap and flimsy. Take the strings off of that guitar and the saddles are wiggeling all over the place. I never experienced that with my various Hipshot-equipped guitars. Seriously, why didn’t you put a „good“ bridge on that guitar in the first place, ESP? Buyers apparently can replace it with a real hipshot though. I didn’t so far – so I can’t say anything about the workload, sorry.

My personal AW-7 also came with a sharp edge on the nut. It’s easily fixed with a fine file (be careful though), but I don’t think a guitar should come out of the shop that way.

Also – and thats just a matter of taste – I liked the neck-profile, but it could be a little thinner. If you’re into thin C-shaped necks, the AW-7 is definitely a guitar to consider.

Yep, I used the same headline for the AW-7 as I used for the Review to my RAN Crusher FT7. Why? You probably guessed it – the AW-7 comes with passive DiMarzio D-Activators. And that’s another thing I really like about the AW-7. Not only because the D-Activators are my favourite Pickups at the moment, but because finding an ESP/LTD-instrument without bulky EMGs is really hard. Nothing against EMG – I still love the 85 in the bridge-position of 6-stringers (yeah, you read that right) – but the soap-bar form-factor of their regular ERG-Pups is just … well, unpleasant to my eyes.

I was really worried about the mahogany-body rendering the guitar a bassy- and wooly-sounding piece of gear. But I was clearly mistaken. The bright maple-neck – that goes through the body – balances the lows of the mahogany out perfectly. I was completely stunned, that it doesn’t sound that different to my beloved Ibanez RG2077XL (with a basswood-body and a maple/bubinga-neck). That alone made the AW-7 my personal backup-guitar.

As far as we know, the rhythm-guitars of Whitechapel’s self-titled album were recorded with one of the AW-7-prototypes entirely, and – as someone who really likes that rhythm-tone – I wouldn’t blame them.

Listen up, snobs! A major label album was recorded on a „cheap“ guitar“. Go figure that out!

I recorded two clips with the AW-7:

You just can’t expect a Korea-made guitar for $899 / €849 to be on par with a japanese ESP. It has its flaws and of course it’s more cheaply made, there’s no way of denying that.

What you can expect, though, is a guitar that looks, sounds and plays great. It’s a workhorse and it’s definitely a reliable piece of gear to have.   Meanwhile, Ibanez came up with their Iron Label-Series and – although I never played one of those – I think they run in the same league as the AW-7. I’d be happy to follow up this review with a comparison. Until that I can totally recommend the AW-7 as a backup- or players-guitar.

Please excuse the rash on the back and the paint-chip at the input – unfortunately my guitar came with those damages. 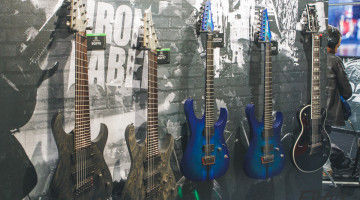 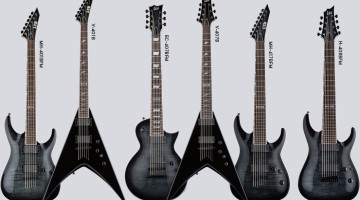 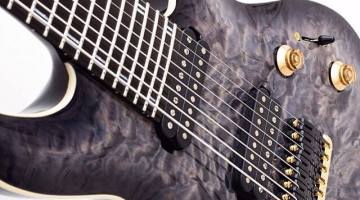