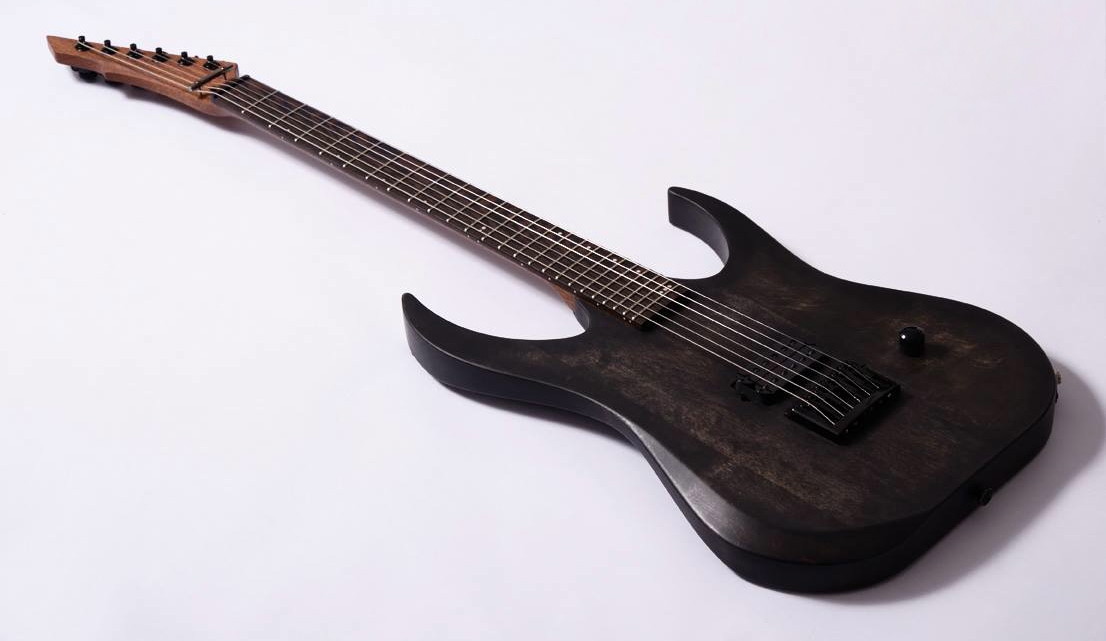 The fine folks at Hapas Guitars (we reviewed their Sludge 727 recently) just announced their new “WrkHrs” series and are presenting the first of its kind, the Siren 625! It goes for only 849€ and, in their own words, reflects their task to build a top notch guitar for a very affordable price.

And here’s the good news: It will soon be available with 7 strings! And if the demand is there, an 8-string version will follow.

The WrkHrs series is built by the same people at the same workshop and to the same quality standards as their other guitars, but the specs and production process have been streamlined to make the lower price possible. The hardware and electronics are still top notch, including a Schaller bridge and tuners, the great Instrumental Pickups SFTY3, a Graphtech TUSQ nut and Switchcraft jack, among others. A range of upgrades is available as well.

Last but definitely not least, a Sludge WrkHrs model with 6 and 7 strings is being developed right now. For more infos click HERE… and if you want to order one, drop them a message on Facebook.

Previous post Apparently The Faceless go headless ... and they use 7-strings